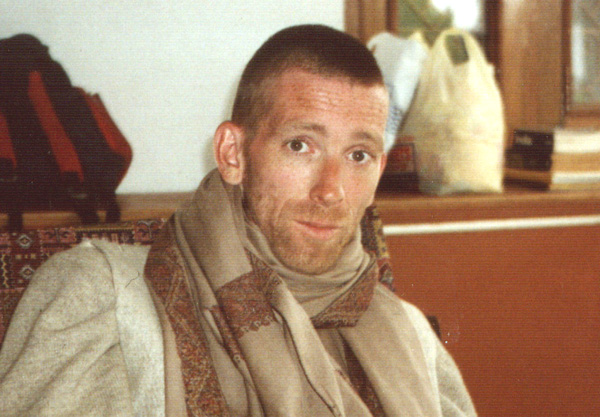 Menno Dijkhuis was born on 9th of July 1965 in Rotterdam - Netherlands. He received a degree in graphic art from the Graphical Lyceum of Rotterdam in 1984 and was taught the airbrush technique by Cees Stroom. From 1985 onward he served as an illustrator in advertising untill he became a vegetarian cook in 1996.

After seing an exposition of paintings by Harish Johari and Pieter Weltevrede in 1997, Menno became a student of Pieter Weltevrede from whom he learned the wash painting technique. Apart from that, he also developed a strong liking to photography.

In 2002 Menno Dijkhuis started the Dhire-Dhire company, a concept in which art, music and interior design meet to let man perform his actions from a basis of peace.